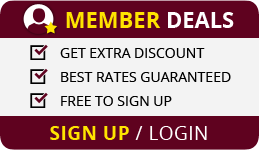 The Residenza Sole al Pantheon enjoys an unbeatable location in the heart of the renaissance city - that which lies between the ancient Roman Forum and Piazza del Popolo and takes up the area east of the Tiber known as the Field of Mars.

The most spellbinding area of the historical centre, Renaissance Rome is known for its ambient light, cobbled streets and breathtaking architecture.

You can trip over a famous landmark in the neighbourhood surrounding our luxurious Rome accommodation: just a stone’s throw away is the Pantheon, from which the Residenza takes its name. Next there’s Piazza Navona, or in the opposite direction you’ll find the famed Spanish Steps, the Trevi Fountain, Via Veneto and Piazza del Popolo. Oh, and a leisurely stroll past the forum brings you to a little thing called the Colosseum.

Three minutes’ walk will bring you to Via del Corso, Rome’s high street, which runs from Piazza del Popolo down to Piazza Venezia. Lined with fashionable stores, it’s a shoppers paradise, but head to Via dei Condotti if you want to spend some serious money in the designer boutiques. Ask our knowledgeable staff for restaurant recommendations to avoid the tourist traps.

A walk to the river will bring you within full view of Castel Sant’Angelo - the protective fort of the Vatican City - and beyond that the spectacle that is St Peter’s Basilica and Square. Not too far away is the trendy neighbourhood of Trastevere where you can eat and drink like a Roman, while heading north-east brings you to Villa Borghese, the city’s stunning park and number one picnic venue.

from either Fiumicino or Ciampino Airport (luggage usually charged extra). Alternatively, take the train into town to

Trastevere Station (from Fiumicino) or the coach from Ciampino. From Trastevere the 8 tram will bring you